One of the things I love about life is the ability to travel. The world is such a big and interesting place. For me, travel is a way to escape but more importantly a way to learn and digest other cultures. Speaking of digesting, food and drink are important to every culture on this planet. Whenever I travel, I like to partake in the local flavors. This curiosity gives me a taste of what the local people eat and drink so that I can experience a piece of their customs and culture.

Recently, I traveled to Greece to visit the ancient city of Athens as well as the Greek Islands. Modern Greece, and more specifically modern Athens, is not only the capital and largest city in Greece but a bustling port city that attracts tourists throughout the year. Many come for the famous Parthenon but eventually fall in love with food, mainly fresh fish and Greek salads, and the local liquor of ouzo. If you’ve never been to Greece or had ouzo, let me help you out.

Ouzo is considered a dry-anise tasting aperitif. It has been around since the 14th century but the modern distillation process gained popularity after the Greek Independence of the 19th century. In 2006, Greece won the exclusive rights to call/name ouzo a “Greek” product. Like Cognac for France, you cannot make something outside of Greece and call it ouzo. While the name “ouzo” has been widely disputed, the taste and color have not. Ouzo is clear in nature but when mixed with water or ice it becomes cloudy. The taste is that of black licorice or perhaps absinthe but smoother. To ouzo’s credit, I am not a fan of licorice but I enjoyed the spirit very much.

Ouzo is produced in copper stills with a high alcohol volume to start. The main flavoring ingredient is anise but producers can add cloves, cinnamon, mastic, fennel and coriander. Each distillery uses their own recipe which gives a distinction to the offerings being sold. Final production of ouzo must have at least 37.5% alcohol by volume.

The Greeks normally drink ouzo before or after meals. The aperitif label makes it perfect to sip out of a shot glass with small plates [tapas] or appetizers. Each time I ordered it, it was after dinner. Ouzo is said to have great digestive properties but also tastes good with dessert. Some food pairings that worked out very well for me were sardines, clams, oysters and fresh bream [fish]. The trick is to sip the ouzo slow and not take it down as a shot. The high volume of alcohol and high sugar content gives the impression that ouzo is super strong. While it can feel that way, it’s not but the Greeks always suggest eating while downing portions of ouzo.

Ouzo is not a spirit that is mixed nor has it made its way into any mainstream cocktails. Even while in Greece, I did not see it on the menu as anything but ouzo. Unlike pisco [which is native to Peru/Chile and a forthcoming article] which is taken either neat or made into the pisco sour, ouzo stands alone and does not have one cocktail.

If you do not have plans to get to Greece this year or anytime soon, I would suggest picking up a bottle from your local liquor store. I am not overly familiar with every brand of ouzo but I was able to get suggestions from each bar that I stopped in on and had some. Here are the suggestions:

Again, while that is not an exhaustive list, it will get you started in the ouzo experience. Bottles of the good stuff will set you back about $30, making the spirit not that expensive. I would suggest buying just one bottle and adding it to your shelf. Many people won’t know what it is or ask for it. But I bet it would be a great drink to break out and impress people after or before dinner. Break out the shot glass, break a few plates [they do not really do that] and say “yasou” during your toast. 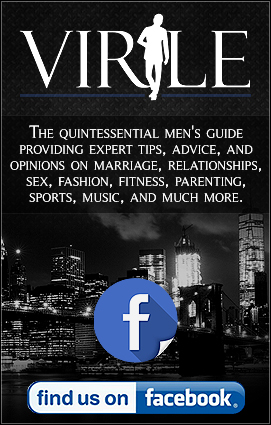