BBQ Weather? Is that you? I believe so. Temperatures are in the high 80s and 90s all day and all night. The smell of charcoal is in the air. Mosquitos are fiending for arms and legs that hold that good blood. And flies. Flies just are annoying for no damn reason. But hey, what’s summer without going outdoors? A warm winter if you ask me. And winter is coming…

However, before winter gets here, we have summer to do. June, July, August and so forth. With July bringing one of the biggest holidays of the year…no offense Labor Day. The 4th of July means so many things to so many people. Independence Day. Fireworks. Day off from work. Time to reflect on the state of the Union. Cookouts. Baseball. And Bourbon. Yup, you heard me right. Bourbon. If we are going to celebrate ‘Merica, then we need to discuss and toast with the one spirit that is uniquely American and only made in the good old U. S. of A.

While bourbon is a type of whiskey and made from corn, for it to be legally considered bourbon it must be produced in the US, aged in a new [not old] charred oak barrel and bottled at 80 proof or more. While bourbon has no specific aging period, most are sold after 2 years or more. On May 4, 1964, the United States Congress decreed that bourbon is a “distinctive product of the United States.” So, don’t try anything Australia!

The history of bourbon is sketchy just like the historical stories told about most spirits. In one story, Elijah Craig was the father of invention and was the first person to put bourbon in the ever present charred oak casks. His products are still sold today. But in another tale, it was Jacob Spears whom takes credit for labeling and calling it bourbon. His home is still standing in Kentucky. Both men are dead but the liquor they or whoever created lives on.

Speaking of Kentucky, this state has been known to put out some of the country’s best product. In fact, while bourbon can be made anywhere in the US, it is the state of Kentucky that gets the most press. So much so, that when bourbon sales took a hit in the 2000s with consumers opting for other spirits, the state took a huge financial hit and closed a lot of the local distilleries. 90% of all bourbon that is currently made and sold in the US is produced in Kentucky. If you are ever in Kentucky and have the time, you can take a tour on the Kentucky Bourbon Trail. You will get to taste such known houses as Four Roses, Jim Beam, Heaven Hill, Woodford Reserve and a few more.

Bourbon has made a comeback in recent years and now is featured prominently in mixed cocktails. The Manhattan and the Old Fashioned are now being crafted and served up to a younger generation of drinkers. For the old school, bourbon is still the staple in a whiskey sour or a mint julep during the Kentucky Derby. Shout out to Justified on that Triple Crown!

Since it is BBQ season, you can really break the bourbon out and pair it with smoked and grilled meats. Heck, most of the good BBQ sauce recipes have some bourbon in them. So, take that as a hint. Enough said.

I made my way to bourbon after sipping some good ones with my friend Andy Goh. So much so, that on my podcast “Crafted with Cradle” (http://www.suite929.tv/shows/craftedwithcradle/), I now require each guest to do a bourbon flight. Nothing like exposing people to the best that America has to offer…no offense football. If you are in the market for some shelf stuffers, here are my picks:

Listen, there are so many great bourbons out there, it would be almost impossible to list. Find some that you like and put down some coins. Most decent bottles will cost around $30 or more. If you are in the market for rare and expensive, Pappy Van Winkle is considered one of the finest bourbons out there but super hard to find. But you do not have to go far for good bourbon and you do not even need to get to Kentucky. Hit your local liquor store and get involved. You won’t be sorry. With that said, raise a glass of the one spirit that is made here at home. Here’s to you, America. 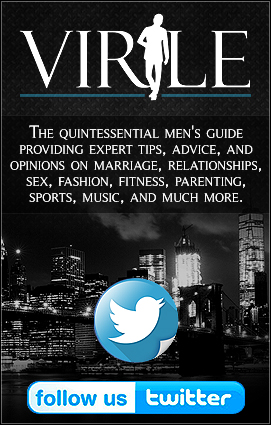